GOP presidential candidate Michele Bachmann explains how government money that went to her family doesn't make her a hypocrite when she talks about being a fiscal conservative.

GOP and Tea Party candidate Michele Bachmann told a Fox News interviewer she has a “titanium spine for doing what we need to do” and a “fiberglass anus for bullshitting the American people”.

Bachmann addressed a Los Angeles Times report that her family has received government aid by claiming the money did not directly benefit her family. Her husband’s counseling business received approximately $30,000 for “employee training”, but Bachmann says that didn’t benefit him because “he wouldn’t have spent his own money on employee training – so he didn’t save anything there.”

Bachmann paints herself as an anti-deficit, anti-welfare, anti-Medicare, anti-human fiscal conservative. She has often criticized President Barack Obama’s “stimulus” policies, while at the same time she requested stimulus funding for her congressional district. She has also said that congressional “pork” is perhaps the biggest problem in Washington today, but said her own earmarks for transportation funds aren’t pork: “They’re maybe bologna – but all-beef, and maybe a little turkey – but no pork!” 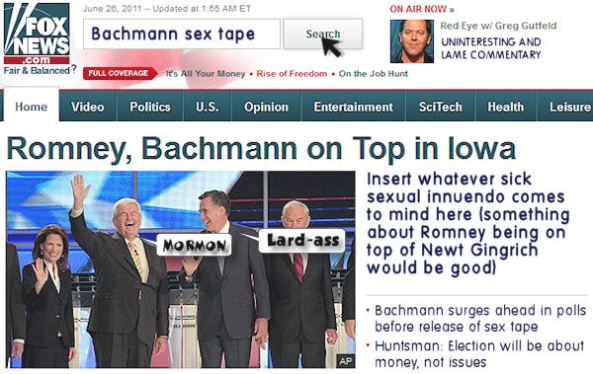 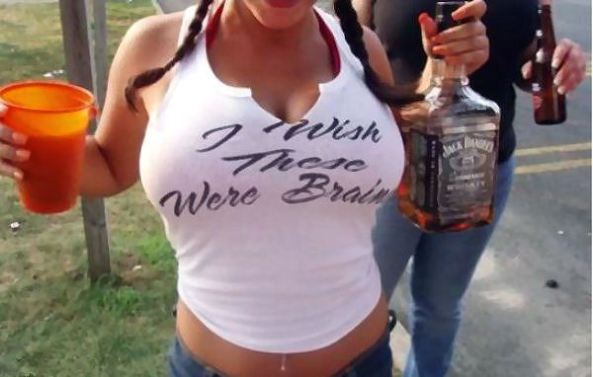 Just because you've been drinking there's no reason to make these rash, irrational statements.