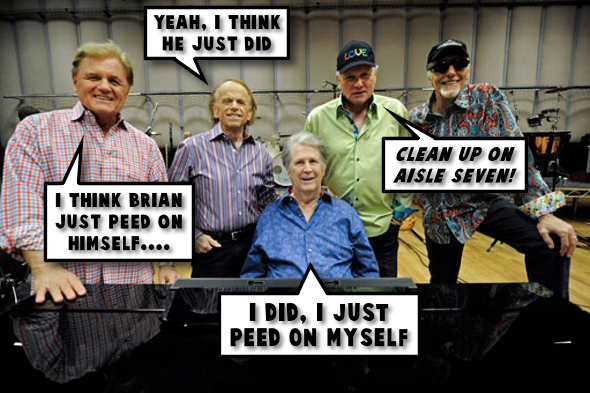 The Beach Boys celebrated their 50th anniversary as a band with a reunion performance of "Good Vibrations" on the 2012 Grammy Awards program, even though for most of those years they performed without songwriter Brian Wilson who was busy being extremely mentally ill, mainly due to the abusive treatment he received from his psycho father. So perhaps "celebration" should be taken in a metaphorical context.