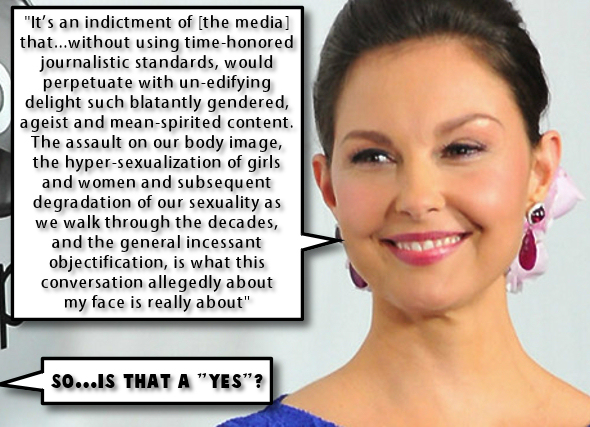 Actress Ashley Judd, star of the television series "Missing", has responded to speculation that she has had plastic surgery with a scathing indictment of the news media, their methods, and agenda. Unfortunately most of the people she was criticizing have no idea what she meant because she used too many big words that are beyond a 5th grade vocabulary.