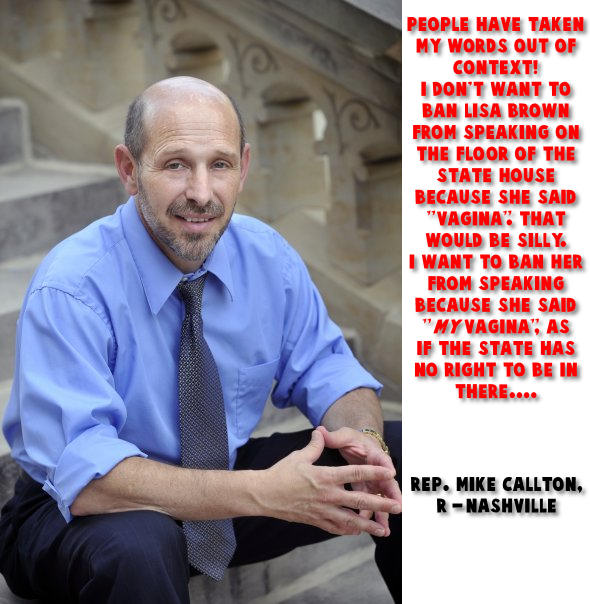 Michigan state representative Lisa Brown (D – West Bloomfield) has been banned by Republicans who control the state House of Representatives. Brown is being prohibited from speaking on the House floor after she ended comments on a bill restricting abortions by, saying “Finally, Mr. Speaker, I’m flattered that you’re all so interested in my vagina, but ‘no’ means ‘no,'”.

Brown has since been denied the right to speak about other pending legislation. “What she said was offensive,” said Rep. Mike Callton (R-Nashville). “It was so offensive, I don’t even want to say it in front of women. I would not say that in mixed company.” Callton went on to point out that in the picture above his tie is decorously covering his man-bulge. “I’m ashamed of my genitalia, just as God intended.”

There are some who have voiced the opinion that Brown is being singled-out because she is a Jew. And a woman. And she has a vagina. And her vagina is registered Democrat. 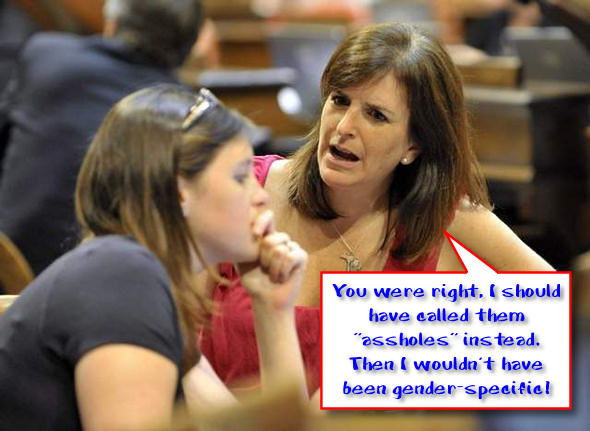 Michigan State Representative Lisa Brown (D – West Bloomfield) confers with a staff member after being banned from speaking on the Michigan House of Representative floor.