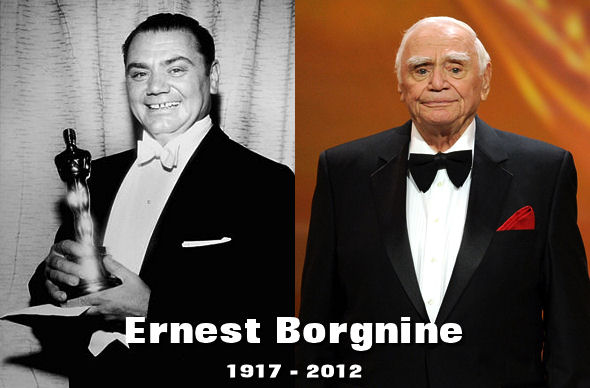 Wow – the Grim Reaper just isn’t letting up on us for a minute this year. Born Ermes Effron Borgnino on January 24, 1917, actor Ernest Borgnine had his first film credit in 1951’s “China Corsair” playing the character Hu Chang. Borgnine was a staple of early television starting with appearances on “Captain Video” the same year. He won an Academy Award for his 1955 performance as Marty Piletti in the film “Marty”. He is of course best known for his 1960s television series “McHale’s Navy”. Borgnine was in demand throughout his career, and starred in numerous famous films: “From Here To Eternity”, “Vera Cruz”, “Bad Day At Black Rock”, “The Catered Affair”, “Barabbas”, “The Dirty Dozen”, “The Wild Bunch”, “Emperor Of The North”. He was equally busy with television work, from comedy to drama to voicing cartoon characters, and won an Emmy award for his work on “Spongebob Squarepants”.

The New Mexico Court of Appeals has ruled against a photographer who refused to take a job offered by two lesbians who wanted pictures of their commitment ceremony.

“This is just wrong! It’s against religious freedom!” said the Christian photographer who owns Elane Photography. “I told them I couldn’t do the job because of my beliefs! It says right there in the Bible ‘Thou shalt not photograph lesbians’!”