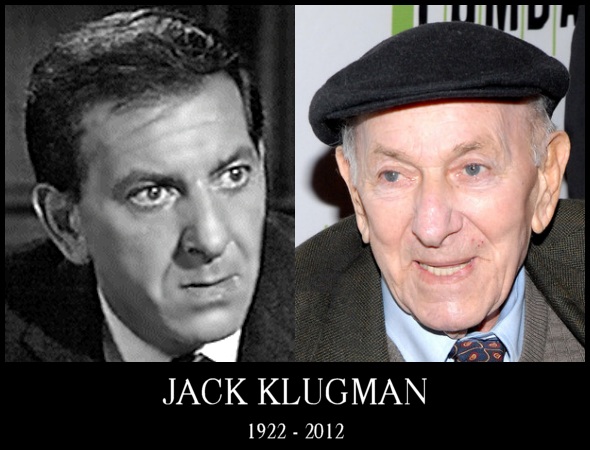 After serving in the army in World War II Jack Klugman played roles in the Summer stock circuit before debuting on Broadway in a revival of “The Golden Boy”. Klugman also quickly established himself in the new medium of television starting with his 1950 appearance in “The Timid Guy” on Actors’ Studio. Numerous television roles followed including 3 episodes of Inner Sanctum in 1954, Appointment With Adventure in 1955 (his first appearance with Tony Randall). In 1957 he appeared in the film “12 Angry Men” with Henry Fonda. Klugman appeared in 4 episodes of The Twilight Zone between 1960 and 1963, starting with the memorable “A Passage For A Trumpet”.

Klugman continued to work regularly in television through the 1960s, with occasional film roles, until he was cast as slob Oscar Madison for The Odd Couple in 1970, where he appeared with lifelong friend Tony Randall for 114 episodes until 1975. Immediately after the end of that series he began Quincy M.E. about a Los Angeles medical examiner based loosely on Dr. Thomas Noguchi. The show ran through 1983.

During the 1980s Klugman suffered from throat cancer and lost his voice, but re-learned to speak in a raspy tone and continued working until shortly before his death.