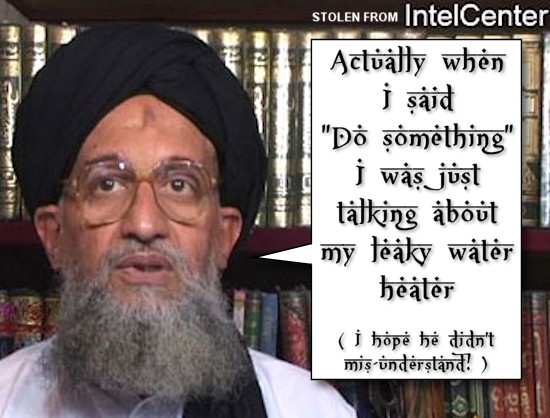 (Click the image for the full story at CNN.com)

The United States dropped all criminal charges against al Qaeda leader Osama bin Laden yesterday. “It’s rather embarrassing” Attorney General Eric Holder said. “I’m sure if the President had known the charges would be dropped he wouldn’t have killed him. We should probably have some kind of law that states people are innocent until proven guilty, or something.”

Or maybe we just shouldn’t waste time making formal charges against someone we have absolutely no plans to ever bring to trial, but instead shoot on sight. Not that shooting bin Laden was a bad thing, just maybe injudicious if there were actual pending criminal charges against him. 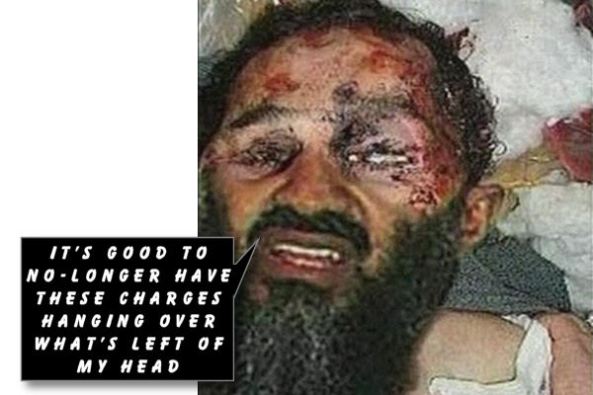 Osama bin Laden reacts to news the U.S. has formally dropped all charges against him.

My wives keep nagging me to take them out. “We never go anywhere!” they whine, and needle me with “What happened to the fun-loving Jihadi we married?” I keep telling them we can’t leave the compound – we’re in hiding for Allah’s sake! Of course I would love to make a night of it in Islamabad, just to have a good meal – I mean the only pizza place that delivers here is Domino’s! Their crust sucks! 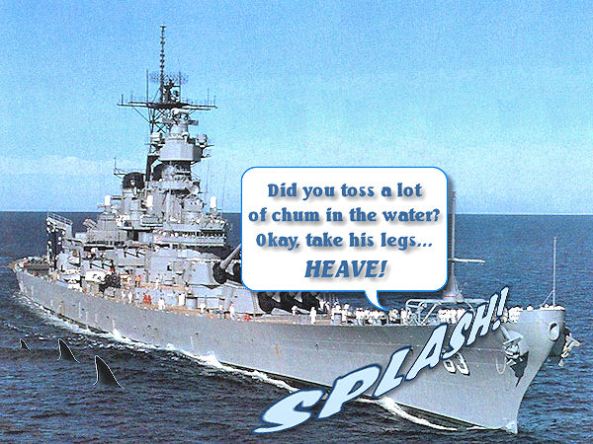 Members of the U.S. Navy bury Osama bin Laden at sea with all due respect and dignity.