Scientists at the University of East Anglia’s Climate Research Unit have confessed to willfully destroying the data on which they base their claims for global warming. In an obvious attempt to cover up the hoax they have perpetrated about climate change, and to keep honest and non-political climate change nay-sayers from the proof that there is no such thing as human-caused climate change, the CRU threw the data away to save room when they moved to new offices.

“It’s not just that we’re stupid – we’re guilty of a cover-up that keeps real scientists who are conservatives and have investments in high-carbon-output industries from proving we’re also liars” the head of CRU, Professor Phil Jones, admitted. “Obviously there is not nor has there ever been such a thing as global climate change, and we just like to scare people and jack-up our grant requests based on fear and paranoia.” 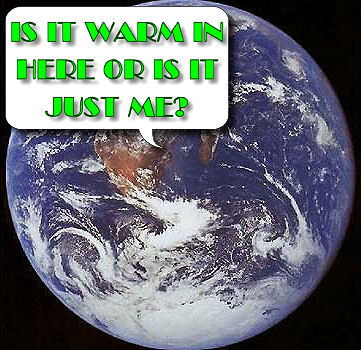 The loss of the CRU data obviously invalidates the hundreds of other independent studies and scientific efforts around the world, proving that all are part of the vast left-wing conspiracy in the scientific community to make people believe that unchecked pollution of the environment may be having some kind of “effect” on climate.

For years those who oppose the idea of human-induced climate change have made the obvious argument that if pollution were bad for the environment, there would have been some sign of it in the past. They also argue that cleaning the carbon out of the atmosphere would ruin the “view of the sunset” postcard industry by taking the nice chemical red color out of the sky. “Billions of people depend on those rosy sunsets for their livelihood, and because of some specious theory these eggheads want to take the food out of those people’s mouths! DEATH TO THE SCIENTISTS!” one pro-pollution spokesperson said.