Francois Hollande has defeated Nicolas Sarkozy for the office of President of France. Sarkozy’s inability to repair France’s damaged economy has resulted in the election of the first socialist president since Francois Mitterrand left office in 1995. Apparently the French memory lasts about 17 years. It is interesting that they have elected a candidate whose name is that of another country – kind of like if Americans elected a president named Canada. 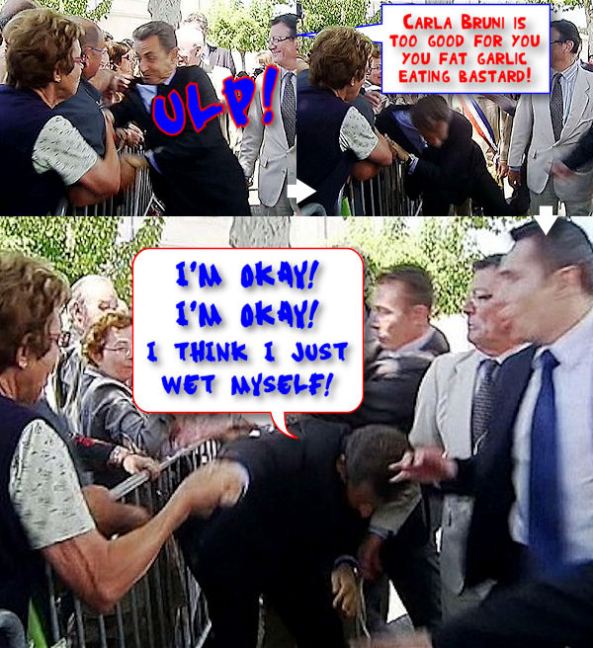 French President Nicolas Sarkozy was grabbed by an unidentified assailant as he shook hands with a crowd in the town of Brax.

An unidentified assailant grabbed French President Nicolas Sarkozy by his jacket while Sarkozy met French citizens in the southern town of Brax. Sarkozy’s bodyguards wrestled the man to the ground and police took him onto custody. There is no information as to a motive for the attack.