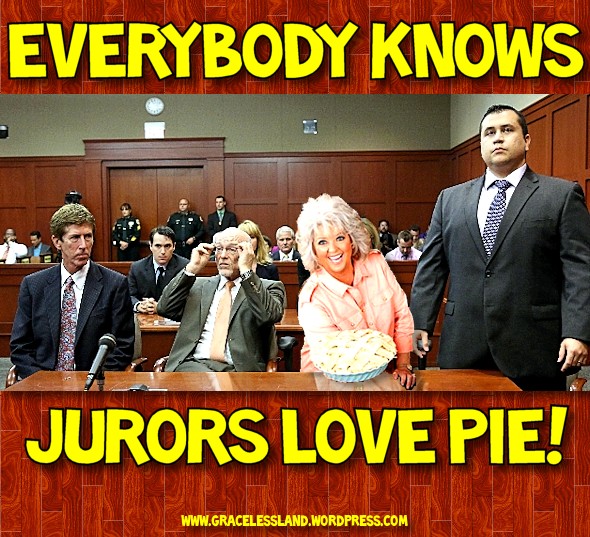 A man assaulted media kingpin Rupert Murdoch with a shaving-cream pie as Murdoch testified at a Parliamentary inquiry in London. Below is a frame-by-frame analysis of the attack: 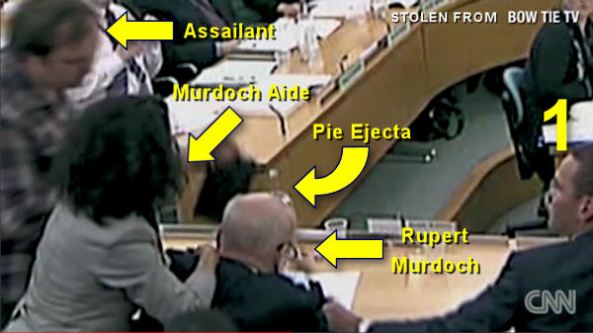 Immediately post-pie-impact: an aide to Rupert Murdoch attempts to shield her boss. 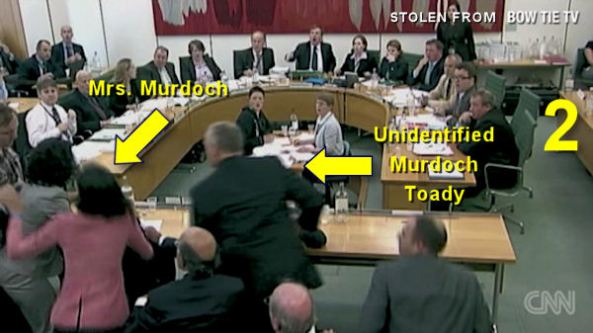 Pie-impact +0.01 seconds: Mrs. Murdoch senses the aide isn't doing enough violent harm to the assailant and rises from her seat behind the now em-pied media baron. An unidentified Murdoch toady rises and moves left to wrap his arms around Murdoch in what is known as "the embrace of security". 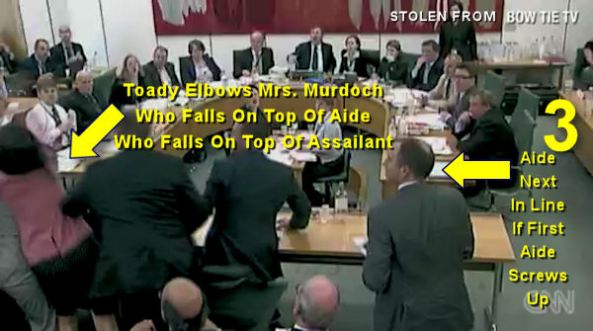 Pie-impact +0.02 seconds: Mrs. Murdoch delivers a right hay-maker somewhat over the shoulder to the side of the assailant's head. At the same time the unidentified toady elbows her out of the way, causing her to fall on top of the aide, who then unknowingly tackles the assailant. At pie impact +0.08 seconds police arrive to disentangle the assailant, the aide, and Mrs. Murdoch.